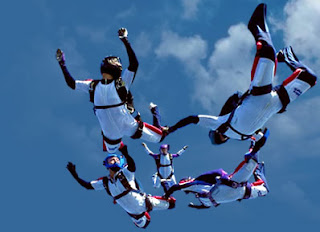 Hi aunt,
We're in Rome! We arrived four ago and it's so amazing. I love Rome, you have to come. This week have passed so fast. I have done a lot fo different things. I have visited the Colosseum, also I walked arround the Vatican and I have seen a lot of people. All passed fastly, also the time tath I have rested.

Friday I haven't rob anithing and when I was at the Vatican I haven't seen the Pape. We ate a lot of ice cream slowly to savour them.

I bought a lot of souvenirs for you! See you next week!

In our review we are going to compare three different cities. They are all very beatiful and touristed.

In our opinion Barcelona is the most beatigul because it's the cleavent and the architecture is ancient. However it isn't the most visited. Personalqyq it is one of the best cities.

In our opinion New York is the most interesting because it has got a lot of different places. However there's a lot of pollution. Personaly is one of the most cool cities.

Los Angeles is the biggest city, because the streets are wide. For this reason, you need a car. I think that Los Angles is the best option.

In our conclusion New York is the is the best. I'm giving 5 starts.
Also Barcelona is good, but not how New York. I'm giving 4 starts.

Helen Stoner visits Sherlock Holmes and Dr. Watson because she is frightened. Her sister Julia's death was very strange. She's scared about her own life. She thinghs she will die too.

Helen Stoner says to Holmes, that when Julia died, was engaged. One night before her dead, Helen hears a strange noise. Suddenly at 3:00, Julia died.

Helen Stoner says to Holmes, about the crime scene. The windows were locked. His stepfather was violent and now he obligate him to uses Julia's room.. Holmes is going to see the house.

Dr. Roylott visit Holmes. He is very angry because he saw Helen in Holme's house. Holmes and Watson go to stoke Maron to meet Helen.

They investigate Julia's bedroom and they see strange things; a bed that can't be moved, a ventilator that doesn't ventilate and a bell that doesn't ring!

They go to Roylott's room and they found a saucer of milk, a safe, and a strange stick. Also they see footprints on a chair. Holmes thinks that the life of Helen is in danger.

8.Chapter: The beast in the garden

Holmes and Watson are going to spend the night in Julia's room. When they are going to enter they see s baboon.

9.Chapter: Danger in the dark

Holmes and Watson enter to Julia's room They wait for more than three hours. Suddenly they see a strange thing going back to Roylott's room. They hear a scream.

10.Chapter: The case is closed

Holmes, Watson and Helen are going too enter at Julia's room. When they enter to Roylott's room they see Roylott with a snake around his head. He was dead. Holmes knows that he wanted to kill Helen because she is going to have a half of  the money. I am writing to invite you to my next race on 23th April in Mallorca. Finally my brother is going to go. The race is starting at 9 A.M and is finishing at 9:20 A.M. There won't be food, but there will be a lot of different shops about canoeing. Next to the place of the race there are some chairs. After the race we are going to go to the sea.

Due to restrictions remember that: no rob anything, you must respect the other participants.

I think if Saúl Craviotto comes I am going to meet him absolutely. Please, respond to me at joandomingotorremorell@gmail.com by 23th March.

I am looking forward to seeing you. 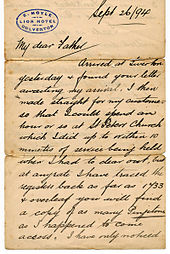 1. What is the title of the serie?

3. Who is the screewriter?
Paul Scheuring


SUMMARY OF THE PLOT


4. Where does the action take place?In a Prision of Illinois(U.S.A)

5. When does the action take place? (past, present, future)Present


7. Who are the main characters?
Michael Scofield, Lincoln Burrows

Michael Scofield:Is tall has got short black hair. He is inteligent, kind and artful.It isn't young and old. Is from America(U.S.A). In the prison is sociable, because he nows how to escape to the prison.

Lincoln burrows: He is bald and strong, also he is tall. He is agresive and he takes care of the persons that he loves. It's older than Michael. He is american. He is not sociable.

Write 4 words from the serie and...

9. Write a definition in English

break:to escape from
screwdriver:a hand tool for tightening or loosening a screw.
Snowflacke:one of the small crystals, flakes, or masses in which snow falls.
key:a small metal instrument specially to open a lock.


10. Translate them into Catalan


11. Write one sentence with each word.

Break: I break the prison.Screwdriver:I use the screwdriver to fix the door.Snowflacke: Normally, when it's snowing I saw snowflackes.Key. I lose my keys today, when I was running!